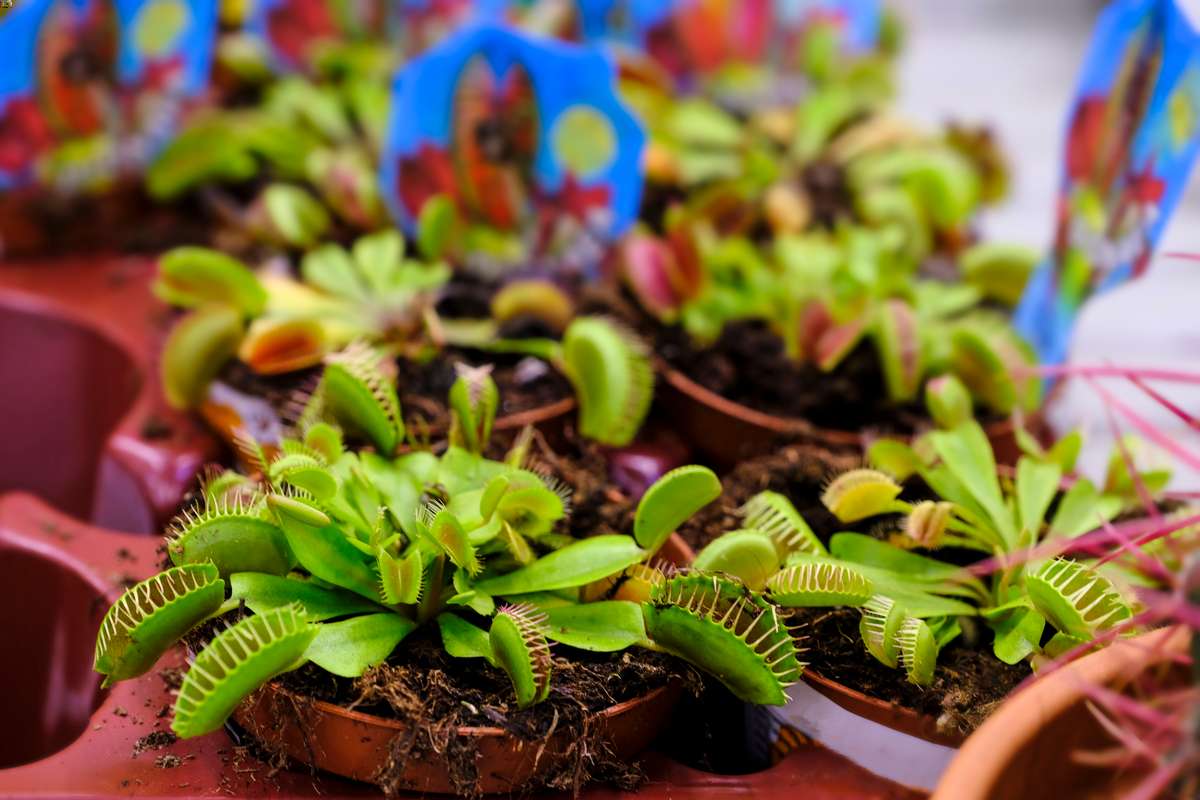 Carnivorous plants are becoming an increasingly popular hobby among gardening enthusiasts. They’re simply more interesting than your standard flower, and they help control pests in your own home.

Now, flytraps are as simple to get as clicking a few buttons from your couch. An online Venus flytrap purchase is quick, easy, and remarkably reliable. You just need to know where to get a Venus flytrap plant for sale.

Is It Legal to Own a Venus Flytrap?

Venus flytraps are a popular carnivorous plant whose iconic trap design has fascinated enthusiasts for years, thanks to its frequent appearance in pop culture.

Unfortunately, its popularity has had a negative impact on the natural population. It’s sadly commonplace for poachers to take wild Venus flytraps and attempt to sell them, removing them from the ecosystem and ultimately damaging or killing the plant and nearby wildlife.

Because of this, advocates have requested that the Venus flytrap become part of the Endangered Species Act, and it is now illegal to remove a wild Venus flytrap from its habitat in its only North American natural home in the Carolinas.

To combat poaching, many domestic nurseries exist to cultivate Venus flytraps specifically for home use. These nurseries are entirely legal to buy from and actually help protect the Venus flytrap by allowing natural populations to grow undisturbed. You can access them through many popular online retailers.

What Are My Options When Buying a Venus Flytrap Online?

When buying a Venus flytrap online, your first decision is usually at which stage you’ll start the growing process. Vendors sell Venus flytrap plants in one of three stages.

You’ll also need to consider how you’ll grow your flytrap. Some vendors sell Venus flytraps in terrariums, which they thrive in as the closed containment helps to keep the humidity high.

It’s best to avoid fully closed terrariums as they can prohibit total growth. If you’re planting in a pot or bed, you’ll want to ensure that your chosen plant is hearty and ready for transfer.

Finally, consider the variety of flytraps you want to raise. There are five main popular types of Venus flytraps.

How Do You Pick Out a Good Venus Flytrap Online?

The best Venus flytrap variety for a beginner is probably the most common, the Red Dragon or Dionaea muscipula.

Beyond that, you can look for specific mutations to make their traps more distinctive or decorative. It’s essential to be aware that there is no such thing as a “blue Venus flytrap.”

“Blue Venus flytrap” is a common scam used to sell plants for exorbitant prices. You should also look into the reviews for Venus flytraps for sale. Doing this can tell you quickly if the seller is legitimate.

How Much Does It Cost to Buy Venus Flytraps?

The Venus flytrap cost is going to depend primarily on which developmental stage it’s in. Seeds tend to be the cheapest, running between $6 and $10 for a set of ten or more seeds.

Young Venus flytraps cost between $4 and $15, again depending on the age of the plant and the retailer. Mature plants tend to be more expensive, at $15 and up.

Complete growing kits such as a Venus flytrap terrarium kit tend to be more expensive as well, starting at around $15 for a set of seeds and growing containers. This price is because of extra materials such as appropriate soil, food, and care instructions.

How to Buy a Venus Flytrap Online

There are a few different retailers where you can choose where to buy a Venus flytrap online.

You may also try to find Venus flytraps for sale directly from local nurseries’ websites. Doing this can often lead to an avenue for getting quality plant growing advice down the line.

In addition to the plant itself, you’re going to want to buy specific soil for your flytrap. The soil must be loose and acidic, such as peat moss or perlite, or a mix of the two. You can also consider sandy compounds. The earth should stay damp but have excellent drainage to prevent rot.

Venus flytraps only eat a few times a month, if that, so feeding is relatively simple. It will require live insects, though, so if insects are naturally infrequent in your home, have a supply of pre-packaged Venus flytrap food on hand just in case.

Venus flytraps are pretty, unusual, and exciting carnivorous plants to own. Now, with online shopping at its height, finding and buying your perfect plant is easier than ever.

As long as you know what to look for and what you’ll need post-purchase, you can start your own carnivorous nursery from the comfort of your own home.